I remember seeing a set of bars on Nate's ironhead in Greasy Culture #7.  The vertical sections of tubing were butted right against each other.  I wanted to fabricate a set of bars using that idea, here they are.
Posted by special'79 at 12:01 PM 2 comments:

I picked this '73 CB550F up the other day, not exactly a project but it'll be something to teach my wife to ride on.  At the very least, she'll be able to ride on the back this Fall.
Posted by special'79 at 11:31 AM No comments:

I'm making this tank For JJ Little.  He'll be home from Afganistan soon and ready to continue wrenching on his bike.  He's exited to get home with new parts waiting for him.  I wish him a safe return.
Posted by special'79 at 12:10 PM 1 comment:

Here's my take on chopping the villain style tank.  It may not be everybody's cup of tea, but I don't care, it was fun to make.  The original tank built by Jesse James became a 90's chopper icon.  Now these style tanks are puked out of China by the boatload.  Go figure.
Posted by special'79 at 3:29 PM 8 comments:

Throw myself under the bus

Alright, I'm going to throw this out there for people to make fun of.  A few years ago, I was on a show called "Build or Bust" on the Speed channel.  Pretty cool experience, people on the show were good to me.  Long story short, I didn't finish the bike.  I guess I needed more than 12 days to build a bike from the ground up.  If at first you don't succeed...
Posted by special'79 at 2:00 PM 5 comments:

I wanted to start forming the bottoms of my tanks differently for my friend Keith's shovelhead project in TX.  I made a MDF hammer form the shape of the tank bottom, and started moving metal over the rounded edge of the form.  The finished product makes me happy, and I dig how the bottom dishes in.  I think it cleans things up quite a bit.
Posted by special'79 at 8:25 AM 4 comments:

Ashley's doing some pretty cool stuff with this Honda 4 banger.  I'm an equal opportunity fabricator, American, British, Italian, Japanese, whatever you've got.  Follow his build at Shugart Motorcycle Mill
Posted by special'79 at 7:19 AM No comments:

A couple more highlights of the GR '08

It's always fun to be the last one to get your bike started.  Accelerator pump on my S&S was acting a bit wacky.
Posted by special'79 at 9:16 AM No comments:

Can you tell I ran out of argon?

Shitty weather, creating even shittier images.
Posted by special'79 at 12:55 PM No comments:

I'm really into those mall stores that carry only inspirational posters.  Here's my version.
If you think I'm serious, you deserve a wake-up slap.
Posted by special'79 at 12:49 PM 1 comment: 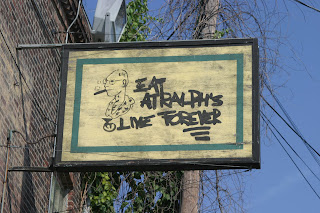 What could I possibly write about this place that would do it justice?  Nothing, that's the smarter route.  My local watering hole since 1990.  Google it and be taught.
R.I.P. Ralph Moberly, you will be missed.
Posted by special'79 at 12:41 PM No comments: 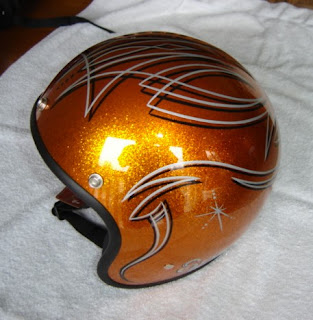 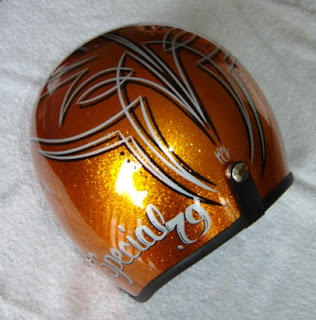 Arranged a swap with Shawn aka "Imperialhouse1971" on the Jockey Journal.  Made some shorter moto style handlebars for his Triumph in trade for a custom striped Biltwell helmet.  Can't wait to put this lid on my enormous head.  Update, the helmet fits like a glove... a glove for my head.  Check out pics of Shawn's work on his myspace page www.myspace.com/imperialhouse1971
Posted by special'79 at 6:02 AM 1 comment:

Steve made it to wizard status, drinking his height in beer and taping them into his wizard staff.  No wonder at 5'10" he has to wear XL shirts.  Abracadabra!
Posted by special'79 at 9:52 AM 1 comment:

Well, our crew was only able to make the first leg of the run this year.  We rode with no-one but ourselves because of showing up at the departure point about 5 minutes late.  A slipping clutch on Evan's bike prevented us from playing catch-up, but we ended up running into the majority of the MA crew as the chase truck sat waiting for a new caliper/rotor.  We spent the rest of the first day hunting down clutch plates for a cm400e, which we found about 10 miles from the first campsite in Phonecia, NY.  We barely spoke to anyone the first night, I was so smoked from the days hunting/riding that I wouldn't have been much of a conversationalist.  I regret not being able to ride with the whole crew, but it'll happen next time.  It was good to meet Josh, Bob, Paul, Ron, Jay, Todd, Joel, and a few others I'm spacing on right now.
Posted by special'79 at 9:30 AM 4 comments: 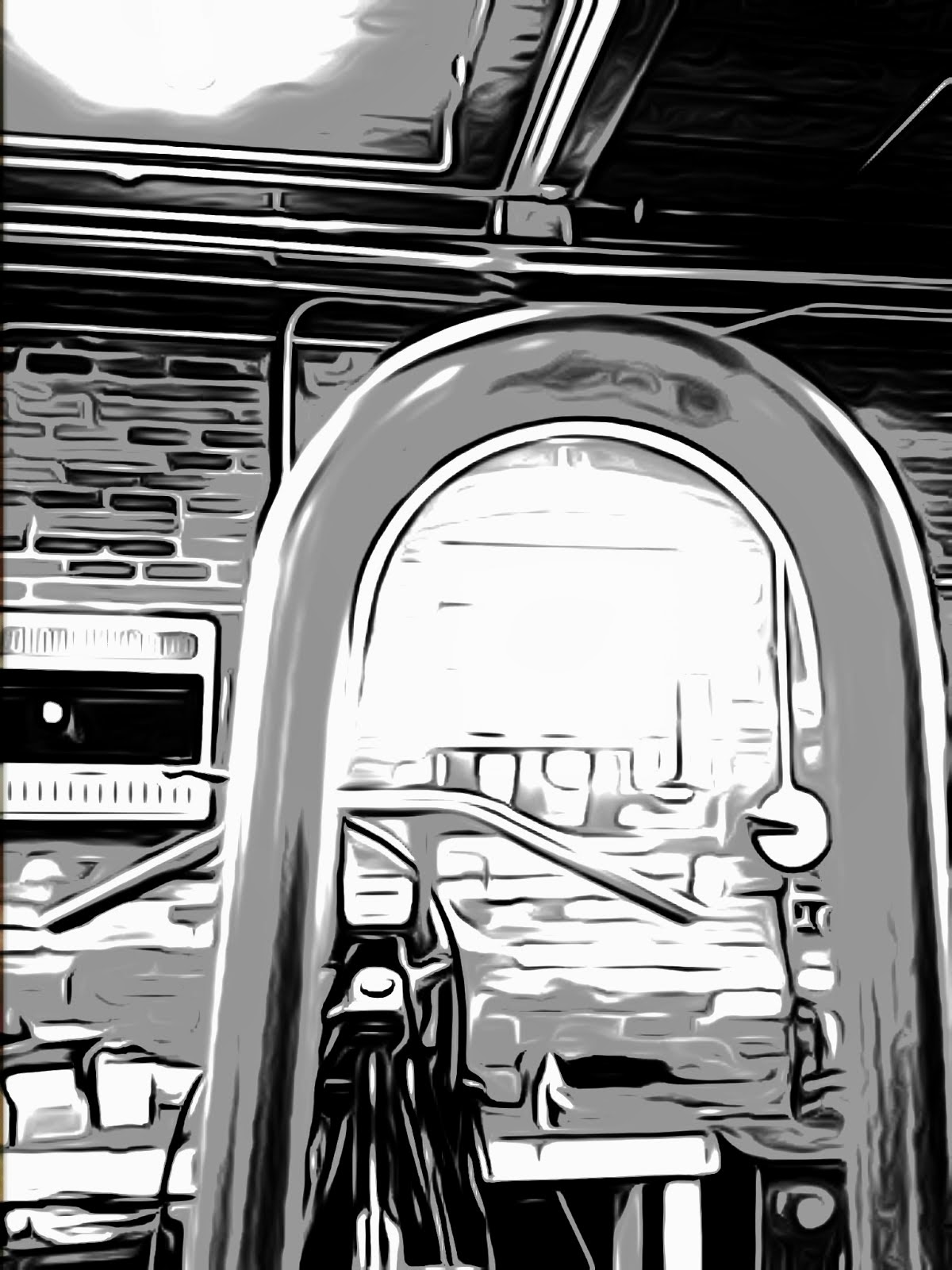 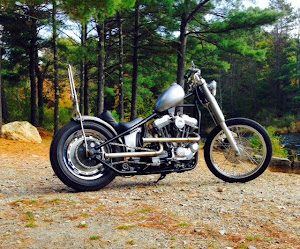 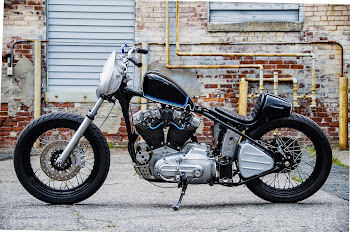 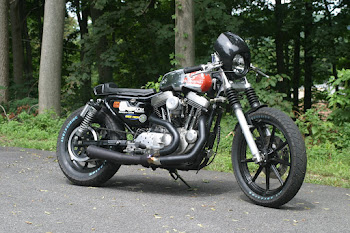 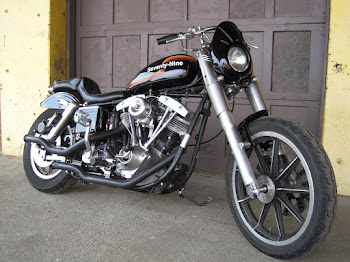 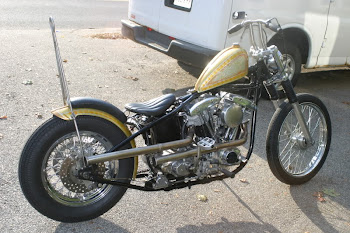